Research is central to the mission of the Center for Communication and Health. To help keep us all connected and informed, a monthly research seminar hosted by the Center brings together faculty, staff, students, and field experts to discuss cutting-edge work in health communication, forge new collaborations, and build community.
Health Communication Research Seminar is held monthly, on dates to be determined, during the noon hour. Currently, we are limited to hosting the one-hour series via Zoom. The seminars are free and open to everyone. The only requirement is registration in advance.

Pandemic Messaging: Congressional Communication and the Mechanisms of Polarizing Rhetoric

Annelise Russell, PhD is an Assistant Professor of Public Policy at the University of Kentucky. She is also a faculty associate of the U.S. Policy Agendas Project and a member of the Comparative Agendas Project. Dr. Russell’s research interests include questions about how policymakers communicate their agendas and the role of the media, particularly social media, in the political process. Much of her research is on congressional decision-making and communication, featuring her recently published book, Tweeting is Leading, with Oxford University Press. Dr. Russell publishes research across political science, public policy and communication, including in American Politics Research, Policy and Internet, Political Research Quarterly and Policy Studies Journal. Much of her interest in political communication stems from her work as journalist working for the National Journal, Congressional Quarterly, and the San Francisco Chronicle.

U.S. senators are increasingly turning to Twitter to stoke partisan divisions, and it’s not just what they say, but rather how they say it. Senators spent the Spring of 2020 responding to the Covid-19 pandemic, but the tone and framing used to engage a digital constituency was largely dependent on partisan alignment with President Trump. We use senators’ Twitter activity during the outbreak to offer new insight into the mechanisms of lawmakers’ party polarizing trends in congressional communication. We show that divisions stemmed from senators’ sentiment and framing — with Republicans more likely to incorporate positive for forward-looking steps for economic recovery and Democrats preferring a negative tone to address government failings and inadequate response by President Trump. This article extends the literature on polarizing rhetoric in the Senate (Russell 2021; Theriault 2013) by using the pandemic response to illustrate how the dynamics of senators’ digital rhetoric, even during a moment of shared crisis, continue to fuel partisanship and polarizing narratives. 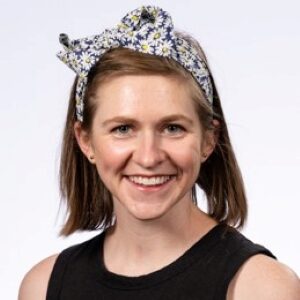 The Center is always looking to host a platform for your work. If you would like to give a talk or recommend a speaker,  please contact Rosa Ortiz (rosa.ortiz@northwestern.edu).

Health Communication Challenges Associated with Highly Technical Content
Not Only Escapism, Not Always Maladaptive: Media Use for Coping with Stressful Situations
Mediated Motivations: A Content Analysis of Motivational Factors in Abortion Storylines on U.S. Streaming Services
Persuasion through Immersion: The Role of Immersive Stories in Prosocial and Health Behavior Promotion
What’s Hope Got to Do with It? Tapping into Emotion for Civic Engagement and Health Equity
The Dynamic Roles of Media Technology and Emotion in Online Misinformation
What is Black Feminist Health Science Studies?
Drama, intrigue, and discussion: The role of telenovelas in facilitation sexual education in Mexican households
Understanding Opposition to Transgender Rights: The Health Misinformation Perspective
The The Analysis of Topic Model Network (ANTMN) – Applications in Health Communication
The All of Us Research Program: The Future of Healthcare Begins With You
Combating Medical Misinformation in the Social Media Era
Designing Technology-Enabled Services for Perinatal Mental Health
Oops! I Placed an Order on the Wrong Patient
Promoting Safe Medication Use in Outpatient Settings: New Approaches using Consumer and Health Information Technologies
Exploring the potential of emotions in storytelling to improve the accuracy of affective forecasts in health decision-making: Findings from a narrative intervention in cancer genetics
A Journalistic Remedy for Health and COVID-19 Misinformation
Making it Real: The Role of Parasocial Relationships in Enhancing COVID-19 Risk and Protective Behavior
Media and Coronavirus Misinformation in an Authoritarian Media System: The Case of Russia
Entertainment-Education: In Theory and In Practice
Implementation and Modification of a Culturally Competent Care Intervention
The Role of Social Media in Communicating Health Science
Explore the unique opportunities at NIH and NSF
Building Together: Understanding Social Spaces to Support Mental Health
A Closer Look at the Influence of Health-Related Misinformation: How Powerful Is It, Why Does It Happen, and How to Stop It?
CANDOR: Communication and Optimal Resolution After Unexpected Harm in Healthcare Settings
Seeing what you cannot hear: the audiogram as a communication tool
Message Pretesting Using Perceived Effectiveness Measures: Reconsidering the Correlational Evidence
Designing Peer-to-Peer Digital Communication Environments to Enhance Mental Health
Exploring Decision-Making about Fertility Preservation: Retrospective Reflections from Cancer Patients and Survivors
Understanding Parent Perceptions of Developmental Delays and Early Interventions Using a Common-Sense Model Approach
The Benefits and Risks of Sharing Health Information with Others
Online Health Communities for Depression in China: A Culture-Centered Approach
What is Health Communication at Northwestern?
Survey of Active Research in Health Communication and Patient Safety